The BIEA 2019 International STEM Youth Innovation Competition ended at the RAF museum with the finals being held on the 4th of July. Twenty-eight finalists from the UK, USA, India, Bosnia and Herzegovina, Poland and others competed. Embassy officials, STEM experts, educational and industrial representatives witnessed the judging and participated in the awards ceremony.

Professor Claudio Sillero, Chief Scientist of The Born Free Foundation said “This STEM competition with the theme “Fighting Extinction via Drone Technology” has not only won the praise of the guests, teachers and students, but we are even more pleased that the competition has also brought a very positive impact on the global animal protection initiative, encouraging society to use advanced science and technology to protect animals and the earth.”

Wei Lai from Central St Martins College, who participated in the design of the flying venue at the finals, said “I have participated in many design projects but never in a project like this. It’s fascinating. The biggest difficulty was simulating reality and abiding by the strict material requirements. With the theme being animal protection all material used had to be environmentally friendly. Forest, ocean and desert had to be simulated. Much of the material used was from recycled everyday objects. We also managed to get The National Theatre to rent us life-sized animal models to keep costs down.

It took a year from the competition initiation to the finals in July. All the effort and hard work made the BIEA Youth Innovation Competition a great success in practice and in significance. Whilst emphasising the importance of animal preservation the theme of the competition also signified the potential of technological innovation in helping to achieve such a goal. Schools and children from around the world entered with enthusiasm for utilising STEM and drone technology to save animal species.

Winner of The National Science Teaching Award and chief designer of the competition Dr Alex Holmes said “In this competition the number of rare animals studied is exciting. Many animals selected are related to the regions where the school teams come from which enables us to understand a lot about the animals while also learning about STEM. For example, Coleraine Grammar School has studied the Basking Shark which visits Irish waters but is rarely seen. A team from Sheffield Park Academy chose to help protect the Tasmanian Devil, other teams chose the scorpion, the Red Wolf, Markhors or wild goats, Snow leopards and Red Pandas. The enthusiasm with which the creative animal research and subsequent drone design was carried out deeply touched the hearts of the judges. Species preservation has never been as important as it is at present and it is gratifying that younger generations are confronting this now. All who participated in the competition have made a contribution to working towards confronting this crisis.”

The International STEM Youth Innovation Competition successfully stimulated an interest and enthusiasm amongst the young in using modern technology to help in animal and environmental preservation.

The STEM consultant of the British Council, Adrian Fenton, said of the competition, “This competition brings together teenagers from all over the world to provide them with opportunities to learn STEM skills and exchange ideas, providing them with a platform to benefit humanity and protect animals using technology. I am full of expectations for next year’s competition, which will be more and more exciting!” 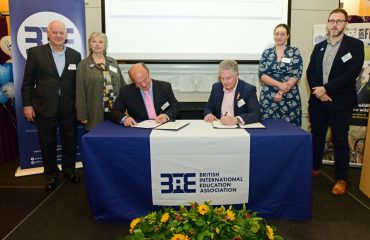 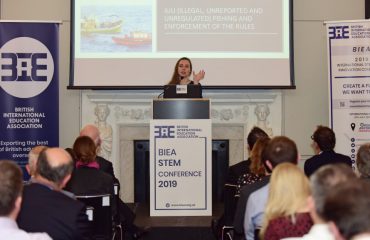