At the BIEA STEM Conference in January 2019, Melissa Schiele, Researcher from the Zoological Society of London (ZSL), gave a presentation on the topic ‘Development and assessment of a fixed-wing amphibious UAV for marine megafauna surveys and enforcement’. Melissa pointed out that through modifications of fixed-wing drones, investigation of marine mega-animals could be facilitated, although there remains a lot of room for efficiency improvement in investigating the UK’s marine protected areas due to the complex environment of its surrounding seas.

Melissa also described how her research team’s fixed-wing UAV had been modified. The modified drone is fully waterproof (marine) and includes two cameras.  It is be controlled by both a laptop and a RC controller. In order to meet the requirements of surveying marine animals, which can involve extended flying periods, it has a long flight duration, allowing it to collect valuable information about marine animals. For example, it allows researchers to identify the species, and numbers of them, that frequent an area; it also allowed researcher to monitor illegal fishing activities from some distance away.

Melissa’s example inspired us in how application of STEM knowledge and innovation can help solve ecological problems through the novel use of technology. In recent years, educators have sought to encourage enthusiasm about STEM to the younger generations. Seeing how STEM is actually applied in this way in real world is an opportunity to cultivate innovative thinking in conjunction with environmental awareness. This fits alongside the aims of the BIEA 2019 International STEM Innovation Competition Contest with our theme ‘Fighting Extinction via Drone Technology;’ a competition already attracting participating teams of enthusiastic young people from around the world. 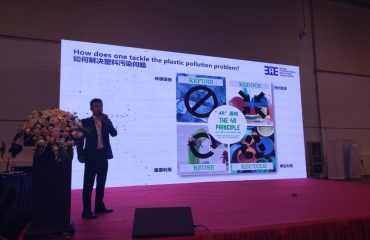 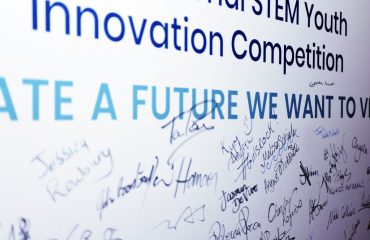